Geestor Productions Ltd have been great supporters of ACLT for many years and helped immensely to raise awareness and financial donations which assist our life saving work of registering bone marrow, blood and organ donors. They are all  fantastic and  the shows they put on are always breathtakingly  funny and most importantly very well organised. Onwards and Upwards Geestor! – ACLT

Geestor pulled off an amazing Christmas party event for the 300+ staff at French Connection. The party production and entertainment was stunning along with their super friendly and well organized team of staff on the night. The project was delivered on time and within budget and we would not hesitate to use them again for future events. – FCUK

As a journalist in a manic city that has events on nightly, it’s hard to decide which to attend for write ups in national press, but GeeStor are a brand I can always reply on for a professional, highly organised and well staged show with new, fresh content from their roster of talent.  I couldn’t speak more highly about their shows.  THE WHOLE NIGHT IS ALWAYS A PARTY OF LEGS! –Jasmine Dotiwala Executive Producer Media Trust/Journalist/Former Head of MTV Base

I have been a regular attender of GeeStor Production shows for many years  and have always found them entertaining and organised to the highest professional standards. I asked Sarah Moore to produce my 70th Birthday extravaganza at Hackney Empire which was a fundraiser to raise money for the Rudolph Walker Foundation, The show  hosted by my favourite MCs –  Eddie Nestor and Robbie Gee received glowing reports from the general public and industry professionals..  Since then GeeStor members have given freely of their time and expertise to help mount our annual Rudolph Walker Inter School Drama Awards.  If you need MCs, comedians, marketing or a whole show, then I could not recommend GeeStor more highly.

The feedback from the capacity audience at the West Yorkshire Playhouse for the Leeds Carnival King & Queen Show 2014  has been beyond positive. Central to the critical acclaim and success of the event in its first showing at this prestigious venue (and to new audiences) was the brilliant hosting by Eddie Nestor and Robbie Gee. Their perfect balance of rollickingly good humour, stage presence, timing, professionalism and above all their obvious chemistry was quite simply flawless. We look forward to working with them both very soon. –  Susan Pitter, Producer, Leeds Carnival King & Queen Show 2014 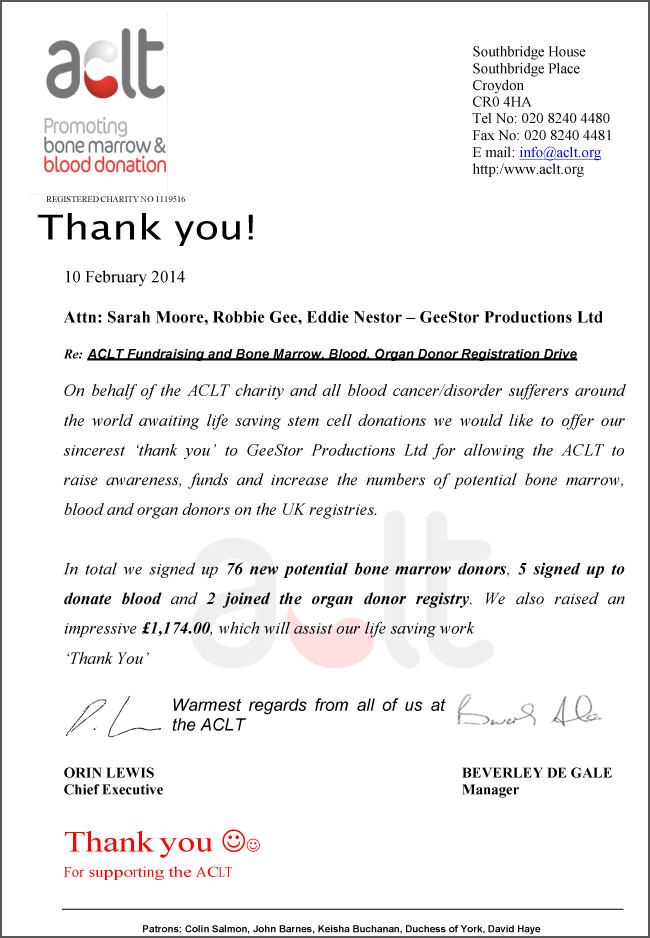